Rap music got its start in the 1970's in the USA, it was born out of poverty and bad economic times, it started in the poorer suburbs of New York (mainly the Bronx). These days, rap culture can be further categoriesed into smaller subcultures, some of these include; mumble rap, lyrical rap, trap, etc. 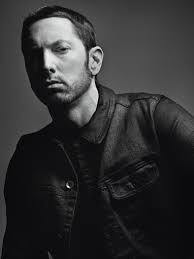 Eminem (pictured, 2017), Marshall Bruce Mathers III, aka Eminem, is known as the best selling solo rapper of all time.